March 19, 2015
Performance of Sisters in the System 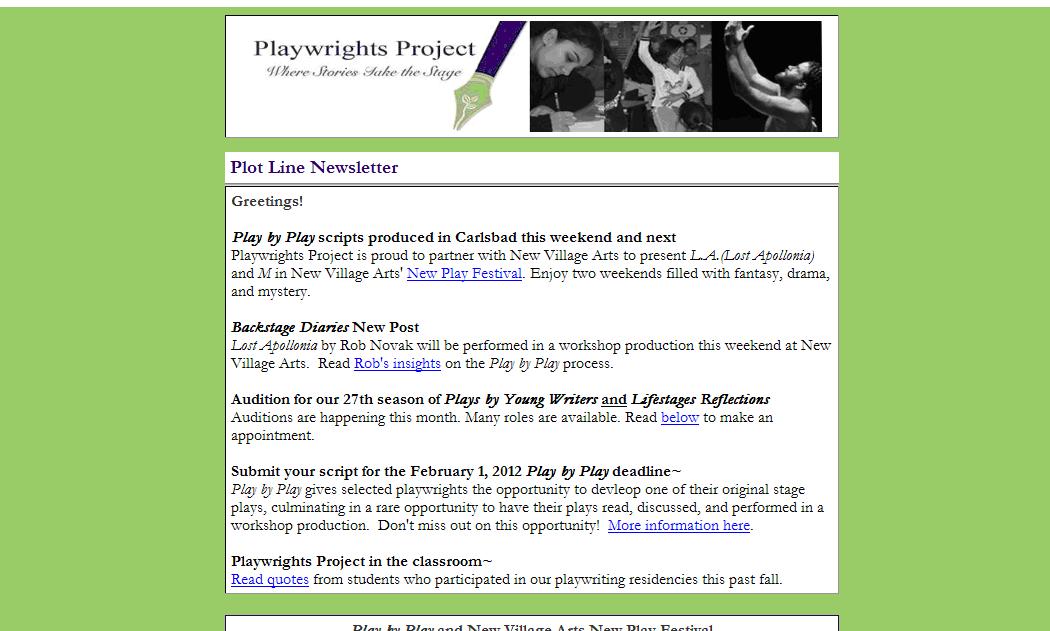 Hear the latest news from Playwrights Project.
Read interviews with our playwrights, actors, directors and more! 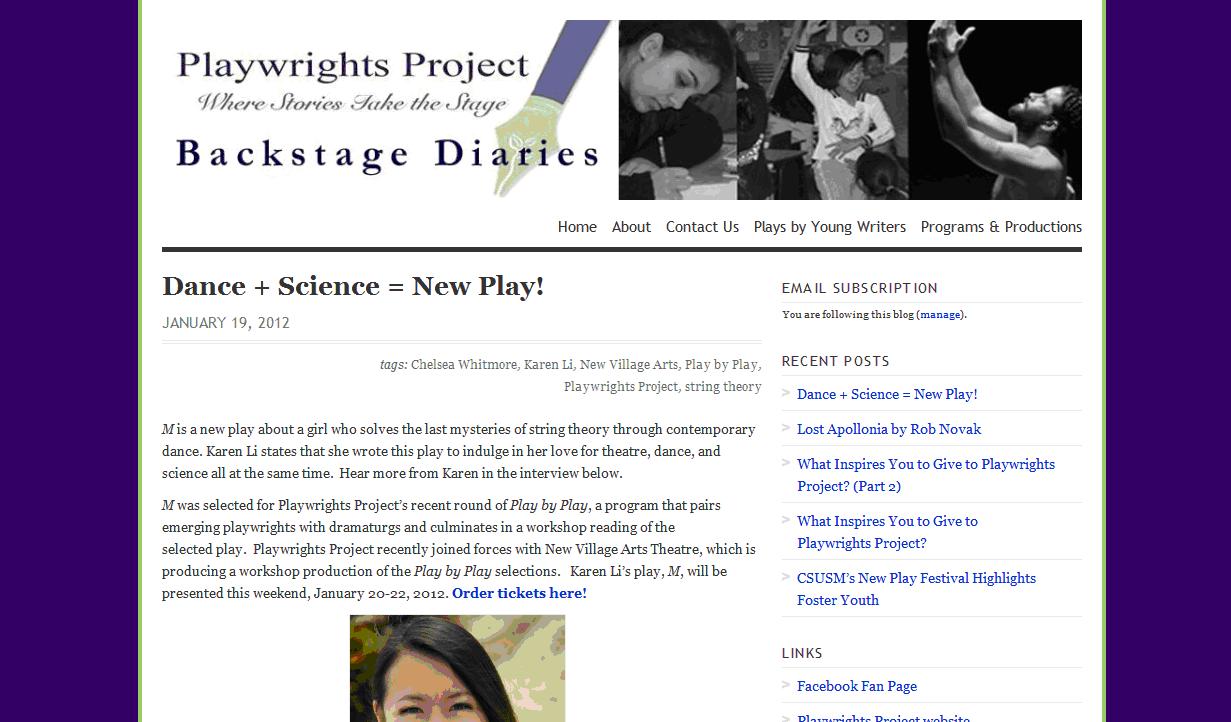 We appreciate the support of each and every one of our donors. Visit our Donor Corner for a listing of the phenomenal individuals and organizations who make our programs possible. Read the latest news about our current funding successes!

Videos of Playwrights Project in Action

Showcase of Playwrights Project's work at Juvenile Court and Community Schools, 2014. Many thanks to the San Diego County Office of Education for creating this video and Carlos Solorio for his footage of the Plays by Young Writers Festival.

Telling Stories: Giving Voice to Foster Youth is discussed by alumni of foster youth Adam Rajah Gainey and Constance English, along with social worker Vina Sandal and teaching artist Mabelle Reynoso. This video was produced by San Diego Media Art Center, thanks to support from The San Diego Foundation and The James Irvine Foundation.

NBC News coverage of our April 2011 production of Switch, written by Lisa Kirazian for our Telling Stories program. Includes interviews of the playwright and actor Olivia Espinosa, along with excerpts of actors presenting the play at The Lyceum Theatre.

Our Artist in Schools Program 2009-2010 at Keiller Leadership Academy is the focus of this video created by Michael Thomas Tower and Jason Connors. This program is made possible by the California Arts Council, the Sidney E. Frank Foundation and an Anonymous donor.

Got Reality is a video created by Mark Weaver of Deep Storyworks. Thanks to program participant Martin Johnson and teaching artist Mabelle Reynoso of Fighting 517 Productions for program footage.

Programs 2008-2009 includes samples of Jan 2009 Plays by Young Writers festival, WINS touring production, and photographs of our teaching artists in the classroom.

Programs 2007-2008 includes samples of our Jan. 2008 festival of Plays by Young Writers, along with footage of our tour and in-school reisdencies. Many thanks to CTN and Joe Solazzo for the footage of Step by Step and interview with James Monroe.